Against a backdrop of New York City in the 1840’s, Edgar Allan Poe & Pierce James Figg, a renowned ex-bare knuckle fighter, play out a deadly game, fighting personal demons and Jonathan, an evil spiritualist bent on controlling the demonic forces of the world.

From the fog-drenched alleyways of Charles Dickens’ London to the murky back streets of Poe’s New York, teeming with thieves, grave robbers, and murderers, Poe Must Die plunges you into the black soul of a diabolical age.

NYPD Detective Rosalind “Ross” Magellan, lives for the adrenaline rush of undercover work , the most dangerous assignment a cop can have. Working often without badge or gun, her only backup is her ghost--the detective whose sole responsibility is to stay hidden and keep her alive. But Ross is being hunted by a different ghost--a stalker as artfully cunning as herself, watching her every move...a cop stalking a cop.
"This intelligent, suspenseful, original story features a likable hero and an appropriately twisted villain...A most deserving crime novel."
--Booklist

"...wonderfully complex, intense characters pull in the reader on the first page and refuse to let go, even after the reader has set the book down... The Ghost is a gripping, satisfying read."
--The Denver Post

Detective Feargal (Fear) Meager works with New York’s Organized Crime Bureau. Organized crime hasn’t been just Italian for a long time. It’s Russian, Chinese, Nigerian, Armenian, and Columbian. Fear’s a good cop but has little use for foreigners, minorities, civil rights advocates, and the politically correct. He’ll bend the rules to break a suspect. His world is shattered when his lover, a policewoman, is murdered. A homeless black man is charged with the crime. Fear uncovers a frame-up, and is soon stalked by The Exchange Students, a secret organization of killer cops from New York and Washington.

Fear’s only ally is his worst nightmare: Carlyle Taylor, African American, female and an ambitious journalist determined to get Fear thrown off the force. Fear and Carlyle Taylor are drawn into a terrifying web of dirty money, political and police corruption, and murder-for-hire. Together they discover the asking price for justice – Fear’s justice – may be their lives.

"Marc Olden is as good a crime writer as we have, and in Fear's Justice he outdoes himself to produce a tense, dramatic novel...this is a powerful, gripping tale of cops and crime. A first-rate suspense thriller that will keep readers on the edge of their seats."
--The Observer

"...A taut, gripping thriller...Olden has etched his characters with detailed precision and skill...making them feel and sound as real as a front page headline. The plot hits overdrive from the first sentence... picking up speed until it slams face first into its final chilling resolution. With Fear's Justice, Marc Olden has composed a dynamic and original novel, one bound to resonate long after publication. Just like Fear Meagher, this one can't miss."
--Lorenzo Carcaterra, author of Sleepers

During World War Two, Englishman Rupert de Jongh betrayed his country and became a top intelligence agent for Japan. Now he’s the Gaijin, in control of Japan’s largest Yakuza mob. A young prostitute saved his life in the war and he’s never forgotten her.

The Gaijin wants to expand to America and makes a secret visit to Hawaii for talks. But on a Honolulu beach he encounters an old enemy - Alexis Bendor. Near the end of the war, as America’s top cryptologist, Alexis went to Europe to crack de Jongh’s code and kill him. Instead he captured her. She was brutally tortured but escaped. Now as a wanted war criminal the Gaijin knows Alexis can identify him, and destroy him. He must kill her.

Alexis’ one resource is her son Simon Bendor - a professional thief who’s stolen over a hundred million dollars in jewels, bonds, etc. Ex-CIA assassin, the cops call him ‘The Magician’ because he can disappear before your eyes. He steals because he enjoys it, works alone and is a brilliant martial artist who carries no weapon. He’s also a world-class surfer.

Simon's lover, a beautiful professional gambler, also pulls him into conflict with the Yakuza. Her sister has been lured to Tokyo with promises of a job. Instead she's held in sexual slavery by the Gaijin's top lieutenant.

While on leave in Tokyo, American GI Robert Sand goes to the assistance of an elderly Japanese man being harassed by racist American soldiers. Left for dead, Sand remains conscious long enough to see the frail old man spring into action against the four GI’s leaving them moaning, or unconscious.

The old man is Sensei Konuma, one of the three highest ranking martial arts experts in Japan, and he wants to train Robert Sand as a samurai. He has recognized in Sand the courage of Sandayu – the greatest samurai warrior in Japanese history. And for seven grueling years the Black Samurai is trained to live by one of the highest standards of courage the world has ever taught any man.

Sensei Konuma is a close friend of former U.S. President William Baron Clarke, who uses all his amassed power and influence to help people remove the foot of political and economical abuse from their throats. His enormous wealth has purchased a worldwide network which exists outside of official channels.

He wants someone he can trust implicitly. A man of his word. He turns to Sensei Konuma who tells him about Sand. It is agreed that he will work for Clarke when his sensei orders - and upon the death of his sensei …

John Bolt is one of the best Federal narcotics agents the government has, he knows the darkness of the drug world and isn’t afraid to do what's needed to ensure safety and justice. In this nine book series, Bolt takes on everything from junkie’s smuggling Chinese heroin to some of the biggest cocaine kingpins and the Mafia.

In the four part series The Harker File, prize winning investigative reporter Harker is determined to uncover the truth at all costs. His quest for the “real story” has him risking his life as he uncovers corruption in the CIA, a deceptive security contractor running scams on innocent family members of fallen GI’s, religious cults and the mystery of a whistle blower murdered before she can expose the deadly operations at a plutonium plant.

Bibliography
For the complete list of Marc Olden books, check out the bibliography. 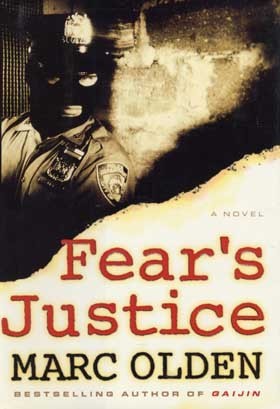 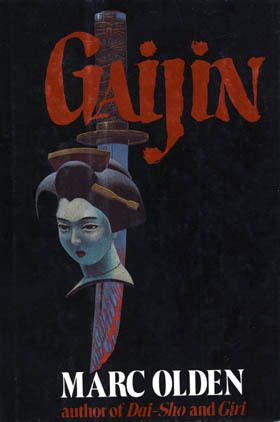