NARC (first in the series)
It was the largest illegal shipment of heroin ever made into the States - 1,000 pounds, pure and uncut. The New York dealer was paying $10,000,000 for it, half in Mafia money, but the street value was twenty-five times that - a cool quarter-billion. Enough that men were going to kill for it and die for it. Narc John Bolt was prepared to do his share of the killing.

The three narcotics agents died painfully. Antoine George Peray wanted it that way.
In Miami, an informant betrayed a narc to a mob, who cut off his left foot.

Then they took him to the Everglades and left him there.

In Tangiers, a narc was lured into a phony "buy" by Arabs, who cut off his testicles. Placing them in a small box, the Arabs mailed the box to the President of the United States.

In Marseilles, a narc was captured by Corsicans who gouged out both of his eyes. His tongue was cut off. He lived. For a short while.

But he went insane. And no one was surprised when he broke a light bulb and repeatedly jabbed himself in the throat with the jagged edge.

He choked to death on his own blood.

All three died because Antoine Georges Peray wanted to protect his business. His business was heroin. "The White Death."

For him, the streets of America were literally paved with gold. He sent his heroin there. In return receiving more money than most of the kings of history.

From the tiny country of La Playa in South America, Peray - the wholesaler - sent out the best heroin, the most heroin. In three years he had sent a lot of it north into American cities.

A tidal wave of horror. Killing those who used it and forcing them to kill others. Heroin. A daily atomic bomb falling on a young nation growing old with fear. A nation of victims covered with white powder.

Handcuffed to the left wrist of a narc named John Bolt....

Bolt had known the three narcs Peray had ordered tortured and killed. Clem had been a French teacher in a Detroit high school. He had seen what dope did to kids. It was no trouble recruiting him for D-3.

Speaking French had gotten him the Marseilles assignment. It had been his first. And his last.

Art had been to North Africa on his honeymoon. He had volunteered for the Tangiers assignment.

What had happened to Frank in Miami had been tough for Bolt to live with. It was Bolt who had suggested him for the assignment. Frank was young, only twenty-four, blond, he looked like a beachboy.

At the time, it had seemed like a good cover. As it turned out, it wasn't good enough.

Clem, Art, Frank. Good agents. Good men. Now just cold meat rotting in the ground. And Peray had dismissed them with death. Casually. As dealers the world over did every day.

Bolt, with five other narcotics agents, had flown into La Playa yesterday. His plan was to get in one day, get out the next. He had a strong feeling that Peray would not go quietly....

DEATH OF A COURIER (second in the series)
Paris Whitman was one of the best narcotics agents in the business. Paris was still in the business, but now he was working the other side of the street, shooting his way up the ladder of Mafia power, and killing his former buddies on the Force for a piece of the Big Money. John Bolt had to go after his Judas cop and he knew it wouldn't be easy.

DEATH LIST (third in the series)
The little black book was "must" reading for anyone who wanted to corner the billion-dollar drug trade. In it was a list of the leading suppliers, customers, corrupt government officials, and others who helped grow, process, sell, sniff, and shoot up the stuff.
The man who had put the list together was dead, slaughtered with a bevy of beautiful playmates in a super sex orgy. The call girl who had found the list was on the run.
And John Bolt, the roughest Narc on the Force, was on the trail of the biggest bust of his career.

THE DELGADO KILLINGS (fourth in the series)
Delgado was king of the cocaine trade, a hard ruthless man whose only weakness was pretty young men. Now one of his teen-aged boyfriends had sung to the narcs, and his whole corrupt empire could come tumbling down unless he eliminated all witnesses against him, and finally put out of action the roughest narc of them all, John Bolt.

KILL THE DRAGON (fifth in the series)
Brown Sugar was the junkie's name for the brown rock heroin smuggled in from China and "Sweet Sue," head of the Blue Tiger Tong, had more brown sugar than he knew how to sell. So when the Mafia offered him a cool four million for a little horse trade, "Sweet Sue" jumped at it.
But John Bolt was one jump ahead, and before "Sweet Sue" knew what was happening, the narcs were dealing themselves into the action with a deck of cold lead....

THE BEAUTY KILL (sixth in the series)
His name was B.B. Saxon, but the drug underworld knew him as Black Beauty, a beautiful superstud, a ruthless rip-off artist, and the pusher who held the keys of a cocaine kingdom in his elegant, murderous hands. Everything Black Beauty did he did with style- but when he cut down two of John Bolt's fellow narcs, and left Bolt in a pool of blood, he started something that Bolt swore to finish or die trying.
So it was Bolt against Beauty - in a violent vendetta that ripped the drug world apart, moving toward a showdown that neither might leave alive....

CORSICAN DEATH (seventh in the series)
Count Napoleon Bonaparte Lanzu was the emperor of the drug world. From a notorious French fortress-castle where orgies of sex and violence were commonplace, he ruled a kingdom that stretched from the poppy fields of Turkey to the ghettos of New York.
John Bolt was out to cut the Count down to corpse-size in a vendetta that began when a beautiful battered woman blurted out the story of a gruesome beating, and one of Bolt's fellow agents was blown to gory bits by a hand grenade. Blood had to be paid for by blood. And that meant that either this new Napoleon was going to meet his Waterloo, or Bolt would meet his death....

DEATH SONG (eighth in the series)
Millions cheered the newest rock sensations, other millions bought their records, while the Mafia overlords fed the superstars dope and rang up the profits. The Family had taken over the biggest recording company in the business. They had every entertainer and agent either dancing to their tune or lying in broken pieces. And it was up to Special Narcotics Agent John Bolt to bring their tempo of terror to a dead stop or else wind up enjoying the silence of the grave.
It was Bolt against the most vicious killers of the Mafia-with hard-rock pounding in the background and corpses piling up on the stage....

KILL FOR IT (last in the series)
Federal Narcotics Agent John Bolt had his orders from Washington. He was to cooperate with local police. But this was New York, seventy-five kilos of heroin were missing from the city vaults, and the police department was more interested in protecting its own than stopping the flow of drugs to the street. That's when Bolt decided to take matters into his own hands, even if he had to take on the whole force in order to rip the shields off the thieves.
Bolt had played rough with the scum of the underworld in the past- but that was nothing compared to what was in store for the boys in blue.... 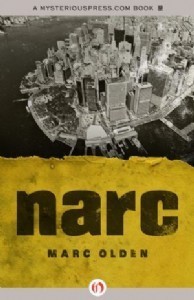 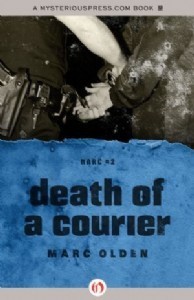 death of a courier 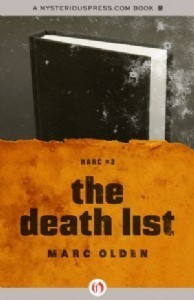 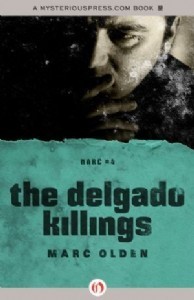 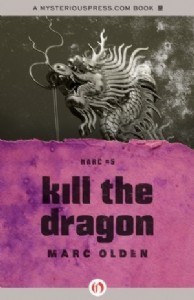 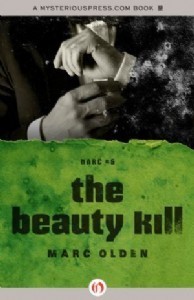 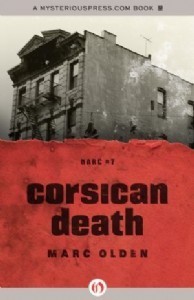 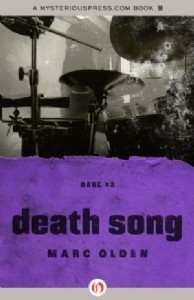 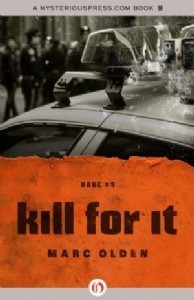