The author of forty published books, most in the suspense-thriller category, Marc Olden’s writing skills initially led him to work as an entertainment and Broadway publicist. After several years he left this field to become a full-time author.

Recognized from the beginning of his career as a masterful crime novelist, Olden’s work has regularly drawn acclaim and honors. His novels have been praised as “Intelligent, suspenseful…..unfailingly readable and terrifically well-written.” - Booklist; “Top notch…providing one cliffhanging chapter after another” - Kirkus Reviews ; “Difficult to put down.” - Publishers Weekly; “Wonderfully complex…a gripping, satisfying read.”
- The Denver Post.

Early in his career he was nominated for the coveted Edgar Award for THEY’VE KILLED ANNA, from his popular HARKER FILE series about an investigative reporter. In 2000, the Black Caucus of the American Library Association presented Olden with the Literary Fiction Honor Award for his crime novel THE GHOST.

As a young writer, his first book was ANGELA DAVIS, a study of the controversial black American militant. He followed this with an investigative book, COCAINE, about the rising tide of cocaine abuse.

Research for COCAINE introduced Olden to the world of law enforcement. The contacts he made in its ranks – the NYPD, DEA and FBI – and the knowledge gained about their world would bring a distinct authenticity to all his crime novels. His first work of fiction, NARC, was a series of nine novels about a federal narcotics agent. Another novel in this popular theme is THE INFORMANT, about a federal narcotics agent and a female informant.

During those prolific early years Olden also produced BLACK SAMURAI. The book follows the exploits of Robert Sand, a martial arts expert and the only non-Japanese trained by a Japanese samurai master. It became a successful novel series and was later made into a film, starring actor/karate-stylist Jim Kelly. Many of Olden’s books, such as the eastern-influenced GIRI, DAI-SHO, GAIJIN, ONI, TE, KISAENG and KRAIT, reflect his twin passions for eastern culture and philosophy.

Olden’s interests covered a broad spectrum. His study of the life and works of Edgar Allan Poe resulted in one of his most well known and highly regarded novels, POE MUST DIE, a haunting mystery in which Poe teams with Pierce James Figg, an English bare knuckle fighter and teacher of sword and knife fighting. The book is considered by many to be the definitive novel on Edgar Allan Poe.

Olden’s books have reached a wide audience both in the United States and all over the world and have been translated into French, German, Italian, Spanish, Portuguese, Russian, Polish and Hebrew.

Olden was born in Baltimore, Maryland. His father was the noted graphic artist, Georg Olden and his mother Courtenaye, a successful model and actress. The family moved to New York when his father was named the first art director of the new television division at CBS. Marc attended Queens College, where he graduated with a degree in creative writing and history.

Olden discovered an early interest in Japanese martial arts and medieval history; two subjects he continued to study intensely all his life. He held advanced degree black belts in karate and aikido and was an instructor in both. He regularly attended an aikido dojo in Manhattan.

His other passion was music, particularly jazz and medieval.

Olden’s last book which he left in manuscript at the time of his death in 2003, is an unusual espionage novel set in England just prior to the outbreak of World War II and is entitled THE SMILER WITH THE KNIFE UNDER THE CLOAK. 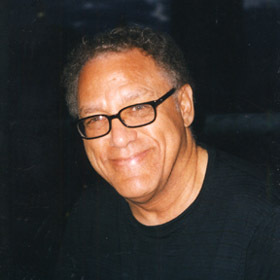 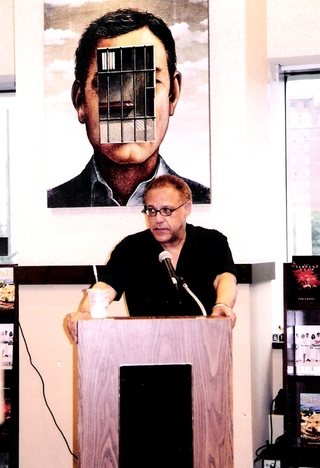 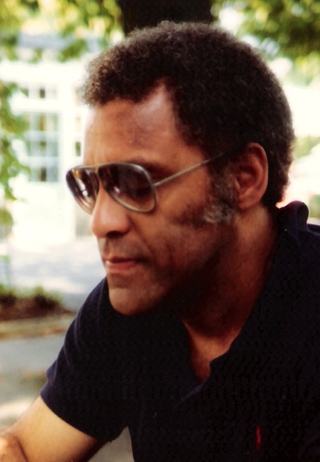