THE HARKER FILE (first in the series)
Hard hitting, prize-winning investigative reporter Harker is gunning for Thomas Merle DeBlase, a right wing Texas fanatic worth billions who’s got the CIA in his back pocket. Harker’s story on government corruption turns into a lead on the assassination of an American President-elect. Soon everyone’s after him - DeBlase’s heavies, the CIA, a Russian KGB Colonel. It’s a race against time to get Harker’s expose into print before the only thing published with his name on it is his obituary.

"Harker, I been in 'Wet Operations.' I can smell one. And this is a wet one, believe me. Blood's being spilled, I'm tellin' you. I think you can do something with this one."

I sighed. I could...but what? I was on a CIA story already, a story about Thomas Merle DeBlase, a sixty-nine-year-old right-wing Texas fanatic worth seven billion dollars. T.M. DeBlase would set up legitamate businesses in foreign lands to be used as fronts by CIA agents. I was trying to find out if the Company gave him economic tips not available to your average businessmen, enabling T.M. DeBlase to grow richer.
I also wanted to know if T.M. DeBlase had encouraged the Company to meddle in foreign countries so he could make a profit on everything from helicopters to guns to tin mines.

I had my CIA story already, and it would be a goody if I could put it all together. That's why I was working six CIA sources. But Trotman's story. Now that was something, really something. The Company bringing defectors across, then zapping them. My, my....

DEAD AND PAID FOR(second in the series)
Harker is out to expose the dirtiest racket of his career – a scam headed by security contractor D.Z. Vale. Vale’s been promising mothers and wives of GI’s lost in Vietnam that they’re still alive in a Viet Cong prison camp and can be released for the right amount of money. Harker plans to blow the whistle on the dirty racket, unless Vale’s private military firing squad catches him first.

THEY'VE KILLED ANNA (third in the series)
Anna Alexander’s dead. Killed in a car accident on her way to hand over her notebook to Harker. The book contains proof of the deadly operations at the Nevada plutonium plant she worked at. Harker’s out to find the book and plaster the truth over the front page of the New York World Examiner before everyone in Nevada dies from plutonium poisoning.

KILL THE REPORTER (final of the series)
Harker’s doing a Page One expose of a sickening religious cult that has hundreds of thousands of youthful followers in the hands of the cult’s charismatic leader. Harker’s uncovered some horrific events but finds himself running to stay ahead of the assassins put on his trail before the biggest story of his reporting career turns out to be his last. 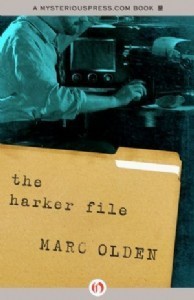 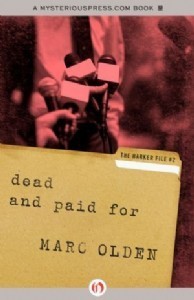 dead and paid for 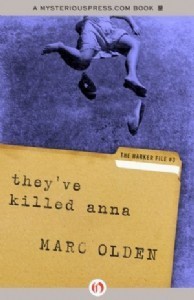 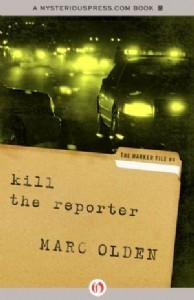